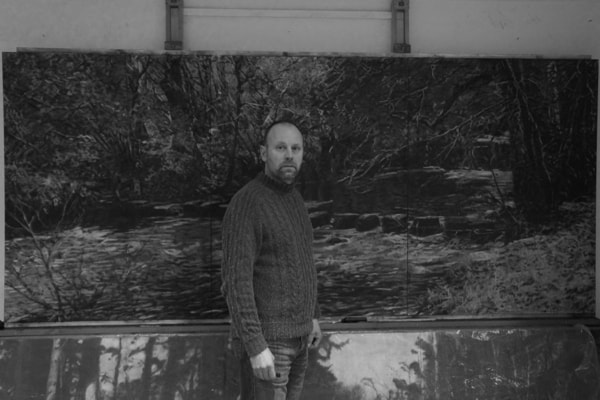 Born in 1967, Richard grew up in the fishing village of Lympstone in Devon. After school he initially trained as a jeweller but went on to take a degree in Fine Art at Exeter College of Art and Design and graduated in 1991.

​Yearning for adventure, just 3 months after graduation he entered the Royal Military Academy, Sandhurst, and began a military career that lasted 18 years, initially in the Army infantry and later in the Royal Marines. During this time he travelled widely and served operationally in Bosnia Herzegovina, Northern Ireland, Sierra Leone and Afghanistan.

Richard left the military in 2012 and briefly ran a veterans' charity project before focussing his full attention on art. He now lives and works in Exeter in the South West of England.